Jet Linx Atlanta and the Atlanta Charity Clays: Aiming to Make a Difference

Home » Community Involvement » Jet Linx Atlanta and the Atlanta Charity Clays: Aiming to Make a Difference
Many charity events involve a round of golf or a raffle prize, but not the Atlanta Charity Clays (ACC) tournament. This fundraiser for children’s charities in Atlanta began with a boom in 1991 when two shooters had the idea to form a new fundraising event – one that would bring generous donors together that aimed to make a difference for children.

Nearly twenty-eight years later, the ACC Tournament is now a premier event on the American shooting calendar, attracting not only philanthropists from across the country but also professional shooters from overseas. Proceeds from the event benefit 16 charities that focus on improving the lives of children in Atlanta and the surrounding area. Organizations such as the Autism Foundation of Georgia, Camp Sunshine, and CURE Childhood Cancer all benefit from the annual shooting tournament.

The three-day event in 2019 kicked off with a gala at The Foundry at Puritan Mill on Friday, March 14th. The following day there was a luncheon and a round of shooting at Five Arrow Farms for all Gold level sponsors, and on Sunday the shooting tournament took place at Burge Plantation. Burge has been the home of the ACC tournament since it began in 1991 and has the capacity to host 72 four-person teams. Although the tournament is run and scored like any other professional shoot, it’s designed for shooters of all skill levels to enjoy.

Hogan has attended the ACC event five years in a row, and she has volunteered as a score keeper and as a clay pigeon launcher in the past. Scott Wilbanks, Jet Linx Atlanta Director of Sales, and Atlanta Base President Ron Smith have partaken in the shooting events for many years. “I’m happy to be a part of this community who’s support and generosity benefits children and different youth organizations,” Smith shared. “It means even more when the entire team gets involved.”

Jet Linx is proud to positively impact communities wherever we work and live. You can learn more about the ACC through their website at www.atlantacharityclays.com. 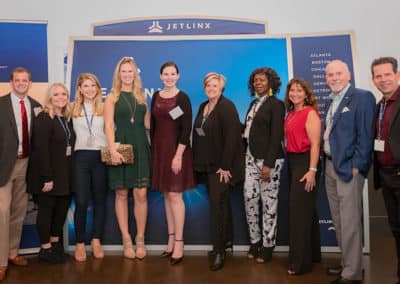 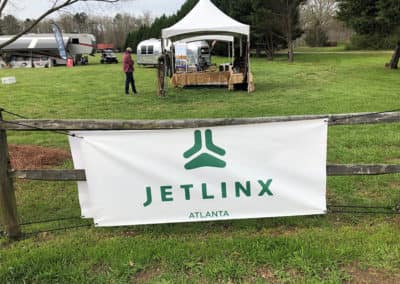 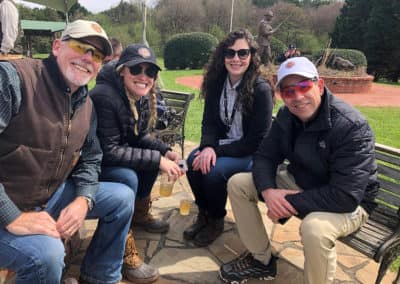 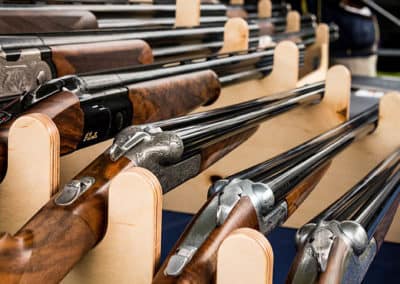 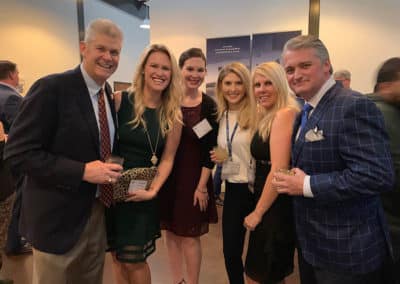 ← The Art of Today Building Community, Not Selling a Commodity →