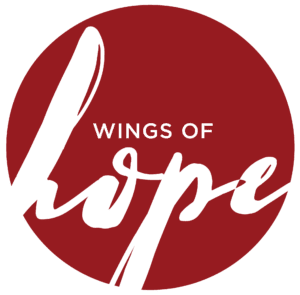 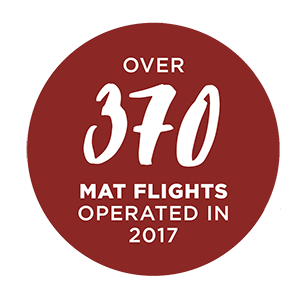 A global humanitarian charity and two-time Nobel Peace Prize nominee, provides unequivocal hope through its Medical Relief & Air Transport Program. Jet Linx St. Louis Base President Rich Ropp and his wife, Melissa, have dedicated their time and talents to the work of Wings since 2005.

“At its core, Wings of Hope is an aviation nonprofit,” stated Wings of Hope President and CEO Bret Heinrich. “We envision a world in which all people have access to the resources they need to create a better life, and we use airplanes to make that happen.” In the U.S., the nonprofit provides medical air transport services – free of charge – to individuals who need access to specialized medical care. The organization also works in developing countries like Africa, Asia and Central and South America, partnering with communities to improve their health, education, food security and economic opportunity.

Established in 2003, the U.S.-based Wings of Hope Medical Relief & Air Transport (MAT) program provides families access to lifesaving specialists and first-class facilities that are not available to them locally. “This can be specialized treatment for various cancers and rare medical conditions,” Laura Helling, the organization’s Vice President, said. “It also includes connecting parents of children with serious orthopedic conditions to doctors who specialize in these conditions. We transport these children to places like St. Louis Children’s Hospital and Shriner Hospitals for Children for specialized surgeries and ongoing treatment.” The children impacted often require multiple trips to the hospital for follow-up and ongoing treatment, so it is not uncommon for Wings of Hope to transport the same patient a dozen or more times over the course of a few years. “Children born with clubfoot, for example, need monthly trips to the doctor for castings and checkups. Individuals with amputated limbs need regular prosthetic fittings and lengthening,” continued Helling. “We also transport individuals with rare diseases and cancer to specialists at facilities that include the Mayo Clinic, Cincinnati Children’s Medical Center, and the University of Michigan.”

THE MISSION OF WINGS OF HOPE AND HOW IT IS SUPPORTED PRIMARILY BY AMAZING VOLUNTEERS WARMS MY HEART.

Wings of Hope’s MAT Program transports more than 200 individuals annually aboard donated aircraft appropriately outfitted to accommodate a stretcher, portable medical monitors and space for at least one family member to travel with the patient. “We typically receive 20 donated aircraft per year from individuals with a desire to help our domestic and international programs,” Helling stated. “The donors get a tax deduction by donating their aircraft to a 501(c)(3) organization and avoid the costly repairs necessary to make their aircraft saleable.”

Donated aircraft must meet Wings of Hope’s very specialized requirements for a medical air transport plane whether usage is intended within the U.S. or internationally. “Many donated aircraft are not appropriate for use in the field so we will sell them (or use them in our airplane raffles) and use the proceeds to fund our programming. If the aircraft meets our stringent requirements, we will refurbish it and use it in the field,” Helling remarked and continued, “Almost all medical equipment is donated by fire departments, hospitals, EMTs or through donor support. In 2017, for example, a very generous donor gave Wings of Hope $20,000 to support the purchase of medical equipment for our U.S. medical transport program.”

Wings of Hope has more than 250 volunteers ranging from highly skilled positions such as pilots and mechanics to individuals inspired by the organizations efforts seeking to volunteer on occasion and as their schedule permits. “The Young Ambassadors of Wings of Hope are always seeking new members,” Helling informed. “This group is geared toward young professionals, ages 21 to 45, who organize social, educational, and fundraising events to raise money for the organization’s international programs.”

Pilots are required to have logged a minimum of 1,000 hours flight time, carry a commercial license, and be instrument rated in single and light twin engines to participate in Wings of Hope. If flying for the U.S. MAT Program, Wings of Hope pilots must also be multi-engine rated and commit to flying at least two trips per month for the program. 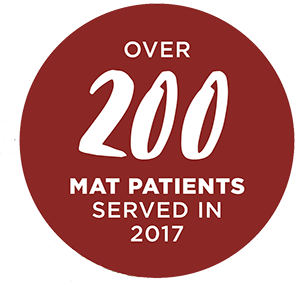 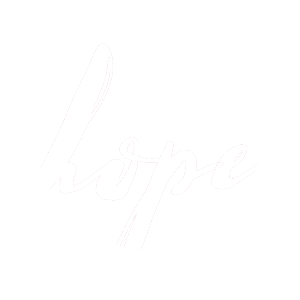 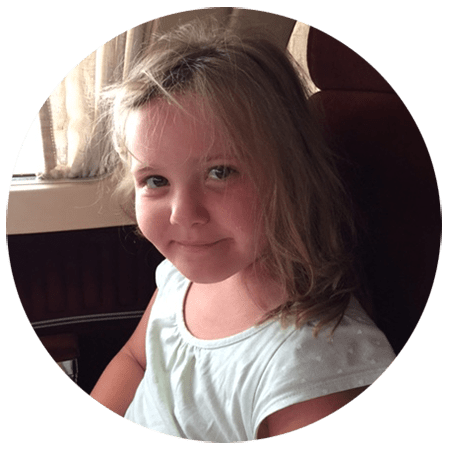 When Claire came to Wings of Hope, the only chance she had for survival against HLH Syndrome (Hemophagocytic lymphohistiocytosis, an uncommon hematologic disorder) was through medical intervention at Cincinnati Children’s Hospital. After nine flights in only 18 months, Claire is now cured. Claire, like other Wings of Hope clients, benefited from the MAT program’s free transportation, available 365 days a year. 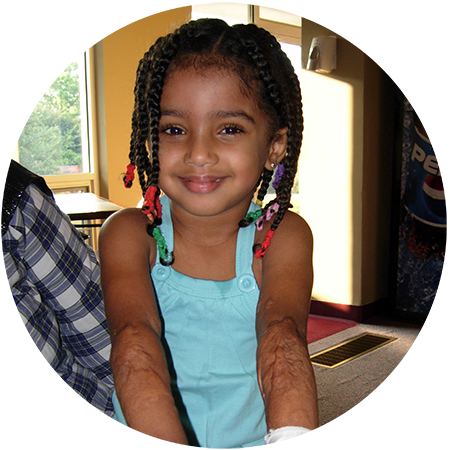 Maya was born in Sudan. When she was just 18 months old, she fell into a vat of boiling milk that severely burned her hands and arms – effectively melting her fingers together. After learning about Maya’s plight, Wings of Hope transported Maya, her mother and father, and her baby sister to St. Louis. The group arranged for Maya to be treated by a pediatric plastic surgeon who performed three surgeries to separate her fingers and tendons and restore her use of her hands. 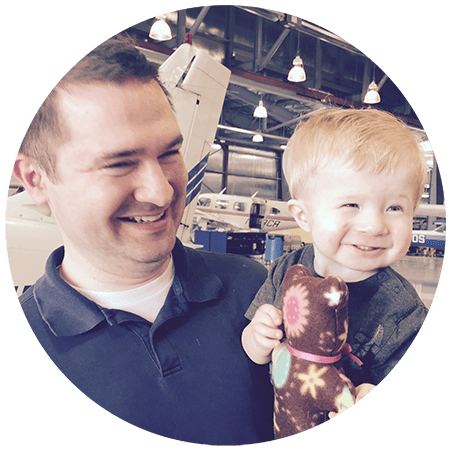 William was born with clubfoot and arthrogryposis, a joint condition in which some of the joints don’t move as much as normal and may even be stuck in one position. Successful treatment requires frequent trips to a specialized hospital and, for most children, can lead to big improvements in how they move and what they can do. From just a few weeks after he was born until he turned two, Wings of Hope flew William from his home in the northern region of the Midwest to St. Louis Shriners Hospital, 13 times round trip. More than 90% of the organization’s MAT patients are frequent fliers like William — and the group commits to flying them for as long as it takes to achieve the best possible outcome.

Rich Ropp, Jet Linx St. Louis Base President, was introduced to Wings of Hope while serving as a long-time board member for the Greater St. Louis Business Aviation Association (GSLBAA) – an organization that offers continual financial support to Wings of Hope.

“We [Ropp and his wife, Melissa] attended the third annual dinner auction and I began bidding on a live auction item that asked, ‘Have you ever wanted to be on the show Survivor?’ Well, several glasses of cabernet had me convinced I did, and led me to quickly become the winning bidder of a mission trip into the Amazon Jungle! When I woke the next morning, both a headache and auction receipt were proof that Melissa and I were heading to Ecuador.”

Ropp returned from the mission trip with a tremendous desire to give back to Wings of Hope more than monetarily but by also volunteering his time. “It really opened my eyes. Once you complete a mission trip to an impoverished nation like Ecuador and Haiti, it changes your heart and mind. In addition, the mission of the organization and how it is supported primarily by amazing volunteers warms my heart.”

Ropp joined the Wings of Hope Board of Directors in 2017 and graciously accepted serving as the 2018 Dinner Auction Council Chairman along with his wife Melissa. “My goal was to increase the charitable funds received and to raise additional awareness to those unfamiliar with this [Wings of Hope] organization. My role with Jet Linx as St. Louis Base President allows me to show customers and prospects – those that find great value in private air transport – how Wings of Hope uses aircraft to save lives both in the U.S. and globally.”

The Hope Is Where The Heart Is Gala, Wings of Hope’s single largest annual fundraiser for MAT, was held on February 10, 2018, welcoming more than 400 guests and raising more than $300,000 from sponsorships, ticket sales and proceeds from the silent and live auctions. “The event is a formal affair that features a cocktail hour, dinner, silent and live auctions followed by live music and dancing,” Helling explained, adding, “The highlight of the evening is when we introduce a few of the individuals we fly.” This year, Wings introduced Matthew, a 28-year-old man the organization flies from Mississippi to the Mayo Clinic in Rochester, Minnesota, for treatment of Hodgkin’s Lymphoma. Matthew was working as a police officer, serving in the Air Force Reserves, and studying to be a nurse last summer when he found out he had cancer.

“Matthew is now in remission and looking forward to getting his life back on track. We were able to share that news with our guests during the gala to thunderous applause,” Helling reflected. “His story really resonated with the crowd.”

The gala also introduced supporters to Elizabeth, an adorable 5-year-old girl whose smile lights up the room. Elizabeth was born premature and with mild cerebral palsy. For the first five years of her life she couldn’t walk — so she pulled herself around using her forearms.

“Last May, we flew her to St. Louis Shriners for major surgery,” noted Helling. “Now, Elizabeth is walking with a walker.”

Ropp added, “I always enjoy the stories from Wings of Hope patients; this year, Elizabeth and Matthew, as well as their significant others and caretakers. It is really tough to keep a dry eye when hearing their stories, understanding how Wings of Hope is instrumental in their progress and recovery, and truly witnessing their thankfulness to the organization and the room of people that give so generously.”

“As the evening goes on, particularly as the guests hear the patient’s stories, the mood becomes very heartwarming, even emotional,” Helling noted. “It is palpable in the room that people are bidding on live auction items and raising their paddles to donate to Wings of Hope, because they are truly moved and inspired to do so by seeing firsthand the life-changing work that we do.”

The most sought after auction items of the 2018 Gala included a NASCAR package, an aerobatic experience with Patty Wagstaff, flight instruction in Pitts S-2B aerobatic plane, luxury resort vacation stays in Mexico and Florida, chef prepared dinners and wine tastings for a private party, and a luxury suite for 25 at Busch Stadium to watch the St. Louis Cardinals take on the Chicago Cubs.

The Gala’s success is attributable to the many volunteers who exercised selflessness behind the scenes as well as the overwhelming support from guests. Ropp shared, “Many that I spoke to during and after the event commented on having a wonderful time, learning much about the organization and realizing that everyone needs help at some point in their life. I believe that the continual question of ‘What is Wings of Hope to you?’ during the presentation really grabbed the attention of the audience and caused engagement during the live auction and the cash donation phases of the evening. My favorite moment was when we hit $100,000 in cash donations – we broke that record with that effort!”

Since the founding of Wings of Hope in 1965 when the organization sent their first plane to Kenya, 47 countries and countless patients and their families have benefited immensely from the non-profit’s endeavors and humanitarian spirit. “When you look back at the founding days of Wings, the Fabick family, owners of Fabick CAT here in St. Louis, were instrumental in the funding and continued support of this global humanitarian effort,” Ropp marveled, concluding, “It is amazing to see how efficient the organization is based on operational costs, aircraft donations, high level of volunteer hours and the true dedication and effort to make it better year after year – it’s just a great story that has touched and will continue to touch so many lives.”

LEARN MORE ABOUT WINGS OF HOPE AT WINGSOFHOPE.NGO.