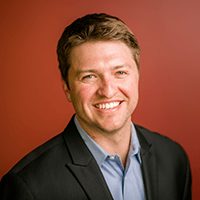 A jet card and fractional jet ownership look similar on the surface: both offer a number of flight hours on a private jet per year. The idea of jet ownership might make a fractional share seem more appealing at first, but the differences between the two types of flying stack up quickly. Matt Hall, Jet Linx Denver Director of Sales, outlines three major differences to consider when deciding between a jet card or fractional share.

Local service. Local service is important to Jet Linx, with local pilots, client services, and planes at each of our Bases. “With local terminals around the country, our jet card functions as a hybrid where you get the same national guarantees of rates and availability, but the opportunity to meet face to face with your Jet Linx team every flight,” Hall explained. Getting to know your local team means that they’ll know you, too – and be able to provide a personalized experience for your flights. Local pilots at Jet Linx make a big difference, too. “Each Jet Linx aircraft has a dedicated crew to that specific airplane. The pilots don’t float between aircraft as fractional and commercial pilots do, so our pilots get to know their airplane the way you know your car,” Hall said.

Flexibility. Because the Jet Linx Jet Card is designed by aircraft type, not by aircraft model, you’ll have access to a fleet of different aircraft to make sure you’re always on the right plane for your mission. Plus, Jet Linx Jet Card clients can book flights in other size categories for any flight, where a fractional share might only give you access to one model of jet. “If you’re not opposed to flying on different models of aircraft within each respective aircraft category, the Jet card model makes a lot of sense and gives the most flexibility to the end user,” Hall said. Jet cards also allow users to spend their hours more freely. “If you don’t know how many hours of access you’ll need to fly privately over the next five to seven years, it would be tough to make a case that the fractional model would be right for you.”

Pricing. “The fractional model has required the cost of capital to purchase a set amount of hours on the aircraft and required a monthly management fee regardless of whether you’re flying or not. A fractional owner is still responsible for paying the hourly rate, fuel surcharge, and federal excise tax (FET) on a flight by flight basis,” Hall said. Additionally, fractional owners are often charged a remarketing fee at the end of their five-year term. “Another variable to consider is the aircraft depreciation over the typical five-year term in a fractional arrangement,” he continued.