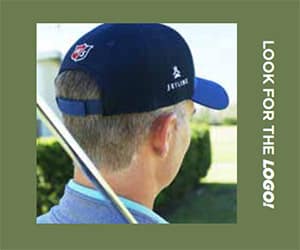 Hailing from Winfeld, IL, Kevin Streelman found excitement and passion in athletics from a young age, including tennis, basketball, baseball and golf. By his Freshman year of high school, his focus narrowed to golf. After strong showings in national junior tournaments, colleges took notice – Streelman chose to attend Duke University, graduating in 2001. After six years and some 300,000 miles driven, in 2007 he had his breakout year, earning his PGA Tour card through Qualifying School after three wins on the mini tours in 2007.

Streelman has continued to improve on tour since joining the professional ranks, with 14 top 10 finishes and a 25th place finish in the FedEx Cup in 2010. His first PGA Tour victory came in 2013 at the Tampa Bay Championship.

“Life on the PGA tour can be very spontaneous,” Streelman commented. “The ease in changing your travel is quite a benefit to us. Jet Linx offers us an incredible asset and partner in that regard. It is critical in my profession.”

A family-centered man, Streelman has two children and looks forward to getting home to his wife and kids after every event. “Children to me have just given me the sweetest sense of clarity, to know what I come home to every night,” he said in his PGA Tour video.

He notes that travel with Jet Linx ensures more time with what matters most. “Jet Linx can afford me more time with my family – something money can’t buy.”

Back To Team Jet Linx

Jet Linx can afford me more time with my family – something money can’t buy.