Staying Ahead of the Safety Curve

Home » Private Jet Travel » Staying Ahead of the Safety Curve 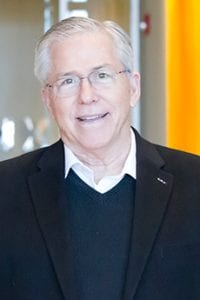 “Commercial airlines have had this program in place for years,” said Kari Johnson, Jet Linx Aviation Director of Safety (pictured, right). “Airlines are generally considered safe, and they’re safe because they track incidents and correct them. We are now part of that same program,” he explained. “We first started to apply for this program in 2008 when I joined the team. I immediately thought ‘We need ASAP.’ And at the time I don’t think the FAA was staffed or prepared [for a large number of smaller aviation companies to introduce the program]. Recently, our principal inspector went to Oklahoma City, to the university for all FAA inspectors, with Mike Kopp [Jet Linx Aviation Director of Operations] and myself to take a two-day class on how to administrate the program.”

The program is an expansion of a best practice in aviation. “For most pilots, they have previously been able to file a report when they did something wrong or if there was some safety event: whether they went to the wrong altitude or wrong location in the sky. And in the past, they would be issued a citation by the FAA. In some cases, it would be a 1-month, 2-month, indefinite suspension of their license: they could not fly anymore,” Johnson explained. “At the same time, if they had filed a report through NASA and reported whatever happened, they would be able to continue working even though they would receive the citation or ticket.”

The ASAP program takes self-reporting to a new level. “This is now that program on steroids,” Johnson said. “ASAP at Jet Linx will be just for pilots to start, but will eventually be for more groups. With the program, a pilot can report an event within 24 hours and go without a penalty, as long as the incident wasn’t intentional. If someone deliberately does something wrong, they’ll still be in trouble. But usually, 99% of incidents that would qualify for this program aren’t intentional. There is an event review committee that meets once per month, with a representative from the FAA, from Jet Linx, and from the pilot group. The pilot will be a neutral person to speak from the perspective of the pilot as to whether something is a common occurrence or not.” Johnson hopes the program will have far-reaching benefits. “It requires full disclosure, but with that comes full immunity and full corrections if there is in fact a recurring event. If it’s one time, then it’s one time,” he said. “Our purpose is not to deal with people but processes and policies. Even though Captain John Doe did something, our questions are ‘Did we teach Captain Doe correctly?’ Or, ‘Is our training manual correct? Is our operations manual written so they can understand it?’” Safety events are wide ranging, and the reasons behind them vary just as much. The ASAP program allows for the aggregation of reports across the aviation industry from all of its participants to help discover trends in the incidents filed.

“An incident that is mechanical in nature will be reported through ASAP, and maybe it will turn out that a specific type of aircraft is reporting a problem that other companies are reporting, and then the FAA or the aircraft manufacturer can look at it,” he said. “There is a certain model of airplane that has a characteristic to move forward just a couple of inches when its engine is starting. It’s not an issue, but it’s just something to be aware of and that all pilots should know. Because of participation in the program, we are able to learn about issues like this and issue a safety bulletin to pilots,” Johnson continued. “What if, for example, a pilot was landing at an airport, and after being cleared to land saw a maintenance person cutting across the runway who wasn’t supposed to be there? We saw the person, and went around them and they apologized. With an incident like that, it’s incumbent upon your aviation company’s safety department to contact the tower to find out if this is a recurring event or just a one-off. We’re guided to ask ‘why’ five times,” Johnson said. “Why were we cleared to land? Because tower thought it was clear. Why did they think it was clear? And you keep going. But with that it allows us to come up with what they call root causes. We’ll do that.

“And with that, our reports – with identifying information redacted – go into a huge database that might identify maintenance practices at the airport with the maintenance person on the runway because maybe it wasn’t just us, it was other providers as well. It allows the FAA to get a number of very large reports. Right now we have a local reporting system, and we also use ARGUS Prism. It’s the safety program we’ve been following now that includes reports and analyzes reports for flights, ground safety, employee safety.”

The program launched at Jet Linx for pilots only, but will expand to include other groups of employees, including maintenance. “I’ve heard of an incident with another operator when a maintenance technician left a screwdriver in the back of the tail of the aircraft,” Johnson said. “This program would allow such incidents to be reported in an organized way, and there will be all kinds of benefits.”

Johnson considers Jet Linx’s participation in ASAP a bragging right, and with good reason. “Jet Linx is in a group of less than 1% of all general aviation companies approved for the program, a statement to our continued commitment to be the safest of operators,” he said. The program complements the rest of Jet Linx’s safety management system. “We have a complete menu of initiatives to keep our company – and our clients – safe,” he explained with a smile.