Everything about the Indy 500 is larger than life. The length of the race, the size of the track, the number of spectators, the ceremonies surrounding the race, the personalities involved. At times, it’s all too difficult to believe unless you’ve seen it with your own eyes.

The race is often considered the biggest, the best, and the most important in the IndyCar series. This is all true, the Indy 500 is the largest single-day sporting event in the world, as it is held in the largest sporting facility on the planet. It is also the most prestigious contest of the IndyCar series, as well as one of the oldest established automobile races in the world.

The basic rules of the Indy 500 are as follows: 33 drivers must complete 200 laps around the 2.5-mile course, which would end the 500-mile circuit. The race is also traditionally held on the Sunday of Memorial Day weekend in late May.

Fisher, the man often credited with building the IMS, saw that attendance was beginning to decrease as the racetrack hosted more and more small races throughout 1910. Fisher’s proposed solution to increase attendance was to focus on one long race per year with a larger prize, which was also supposed to attract more publicity. Looking back more than 100 years later, the PR stunt worked brilliantly.

On May 30, 1911, Ray Harroun was declared the winner of the inaugural Indy 500. He took home $14,250 from the purse and finished the race in six hours and 42 minutes, averaging 74 mph in his vehicle. Harroun is noted for inventing the rear-view mirror, which eliminated the need for a mechanic to sit in his car and warn of passing cars. This happened to be the first documented use of a rear-view mirror in a vehicle, and technology has been a driving force in the race ever since.

Due to the aforementioned advances in technology and materials, it now takes just three hours to crown a victor, with an average IndyCar race speed of 174 mph, nearly 100 mph faster than when the race began. The total purse for 2018’s race was over $13 million, with the winning driver, Will Power, taking home over $2.5 million.

In 2019, Power, Ed Carpenter, and Alexander Rossi are considered favorites to win. Carpenter is projected to be out for revenge against Power, having given up the lead with only four laps to go in 2018.

Everyone seems to have a slightly different reason for why they love the Indy 500 – and some reasons have nothing to do with motorsports. Instead, they speak of a magnetic quality that attracts them to the event.

Cara Ratay, Client Services Specialist for Jet Linx Indianapolis, has been to the Indy 500 about a dozen times by her own count, and to this day, the magic is not lost on her. “The anticipation for the day is palpable as people begin to descend on the area of the track,” she gushed. “Everyone is up and out early, whether to claim their spot in the infield for a day of partying or the true race fans who listen to driver-to-pit-crew communication on their headsets.”

Chad Smith, born and raised in Indiana, has been photographing the Indy 500 since 2011. “Race day for the Indianapolis 500 is essentially Christmas, multiplied by a hundred,” he laughed. “The history, the adrenaline, the sounds, and the sense of speed are unmatched by anything in sports.” As a motorsports photographer,  Smith has had the opportunity to get up close to drivers and experience the intensity of many races, but says that the Indy 500 has a totally different feel.

“Drivers know the risk, as many lives have been lost in the pursuit of victory,” Smith noted. “Most of them don’t talk in the minutes leading up to the race, and you can see and feel the intense focus they have. This race has seen triumph and tragedy, but this is where speed and desire culminate into immortality.”

Ed Carpenter, the owner of Ed Carpenter Racing and current IndyCar driver, has participated in the Indy 500 for 15 years, taking second place in the 2018 Indy 500 – narrowly missing a victory to current champion Will Power. “The Indy 500 is the pinnacle of open wheel racing, and winning it is a career and life-altering achievement,” said Carpenter in an exclusive interview with SOAR. “However, I don’t think the race means more to me than anyone else. All of the competitors know how special it is.”

Even as an Indianapolis native and veteran driver, it still proves difficult to grasp the enormity of the occasion. “I’ve learned how to better handle the nerves, excitement, and anxiety of race day, but at the same time it all remains very magical to me,” Carpenter divulged.

Massive crowds, pre-race ceremonies, post-race celebrations, and larger-than life spectacles really do make it more than just a race. Heather Carpenter, wife of Ed Carpenter and Broker Associate at the Carpenter Group, says that the Indy 500 is a phenomenon in the entire state. “You can drive around Indiana and you can’t go far without seeing checkered flags and support for this race. While other places have amazing events, nothing compares to Indy. I become teary-eyed at the start of it  every year. It takes a lot of sacrifice to get here.”

The Carpenter family has a unique perspective on the race, as Ed is a driver, and the rest of the family are spectators. Emotions can run quite high for families of competitors – it’s not easy to watch loved ones drive upwards of 230 miles per hour, risking their bodies for a shot at glory. Heather said, “After the green flag drops we pray for a safe race, but we also want to come home with a victory.”

Jet Linx Indianapolis pilot Siebert, who has attended the Indy 500 six or seven times, noted, “You’ll get the full experience even if you don’t make it to the IMS on race day. Part of the appeal is simply Hoosier hospitality.” Siebert described how infectious the atmosphere becomes. “The air is filled with anticipation, excitement, enthusiasm – everywhere. Walk into a Starbucks or Jack’s Donuts at 6:30 a.m. on Race Day, even on the other side of the city, and the line will often reach the door. These are true race fans.” 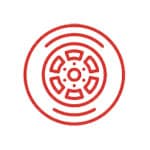 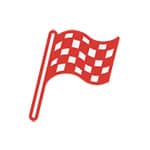 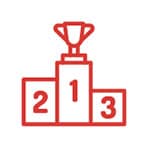