The Nantucket Film Festival (NFF) was founded in 1996 by siblings Jill and Jonathan Burkhart. The Burkharts lived on the island year-round, and knew it was the perfect place to begin a festival that combined their love of film and community.

The NFF has become one of the premier destination film festivals in the world, with visitors flying privately from all over the globe to experience preview screenings, Signature Programs, and standout hospitality on a magical island rich with history, a friendly atmosphere, and beautiful sandy beaches.

“With many of our clients flying to Nantucket and having homes there, we thought this would be a great way to support our local community while engaging in an important cultural event that some of our clients already support and take part in,” said Erin Mulcahy, Base Vice President at Jet Linx Boston.

Jet Linx Boston acted as a Contributing Sponsor for the 26th Annual NFF, with visibility of their support shown throughout the festival. Visitors at the NFF also received Jet Linx gifts in the form of tote bags and canteens. Jet Linx Boston and NFF also offered passes and online streaming tickets for the event so that current clients could enjoy the event firsthand. 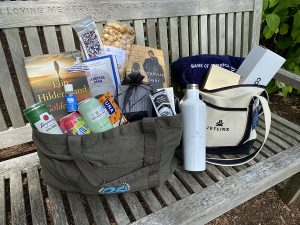 For the first time since its inception, the NFF expanded from six to 12 days and was presented in a hybrid format from June 17 to 28, with digital screenings lasting until July 5. The festival featured a robust program of online screenings, as well as drive-in screenings and intimate, open-air conversations hosted at private residences through the NFF Garden Series, with special guests including Amy Sherman-Palladino and Daniel Palladino, Kelsey Grammer, Lesley Stahl, Chris Matthews, Elin Hilderbrand, Gayle Tzemach Lemmon, Blue Balliet, Michael Ian Black, Ophira Eisenberg, and Colin and Nick Barnicle.

The festival opened with Summer of Soul, Searchlight’s documentary about 1969’s Harlem Cultural Festival that will open in theaters later this year and stream on Hulu. The centerpiece film in 2021 was Sally Aitken’s National Geographic Films documentary, Playing With Sharks, about marine maverick, cinematographer and conservationist Valerie Taylor. The NFF closed with the Sundance hit CODA, by Siân Heder, from Apple Original Films. In total, the NFF screened more than 50 feature and short films, as well as conversations with Ethan Hawke, Alice Hoffman, Mark Duplass and more, and are available to view online via NFF Now: At Home. NFF at the Drive-In offered eight screenings at the iconic Dreamland Drive-In.

“We love supporting local communities, especially in places where our clients are already engaged and providing support,” Mulcahy continued. “The NFF also offers a perfect complement to Jet Linx private aviation services and opportunities to elevate the travel and lifestyle experience. We’re looking forward to supporting this event for years to come.” 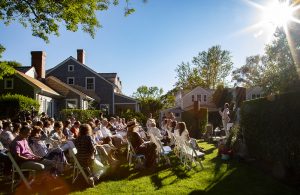