A passion for beautiful wines, the land that creates them and the incredible attention to detail required to handcraft wines at the height of luxury. Join Jet Linx for a look at The Spire Collection, one of our Elevated Lifestyle partners with exclusive offers for our private jet clients. 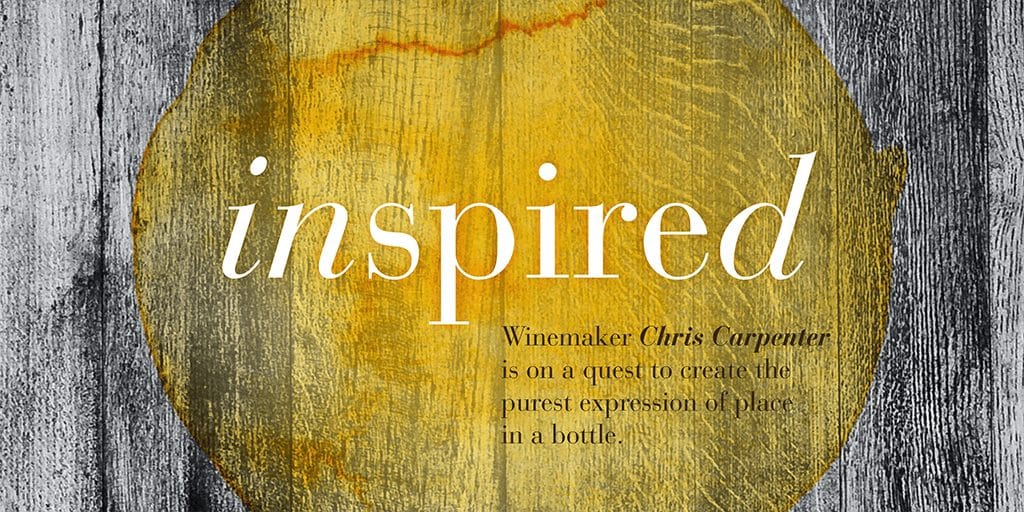 Winemaker Christopher Carpenter exhibits all of these qualities, and together they combine to help him craft beautiful wines from the celebrated mountain appellations of Napa Valley. 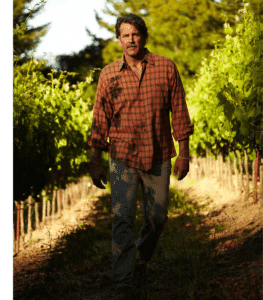 Carpenter is the winemaker for Cardinale, Mt. Brave, Lokoya and La Jota Vineyard Co., all part of the Spire Collection portfolio, an international collection of luxury wines cultivated by the Jackson Family over the past three decades. Each vineyard Carpenter sources from produces exceptional wines, but each is unique in its own way. Carpenter likened the similarities to a hypothetical concert. “It is as if you were to go to Carnegie Hall to see the Rolling Stones, Bruce Springsteen and the Foo Fighters all in one evening of music,” he began. “They are all playing a particular style of music, rock ‘n roll, but each with a unique presentation.”

In Carpenter’s example, each band is playing at Carnegie Hall and experiences its characteristic acoustics, which are different than other venues. This venue contributes to the similarities between the groups to some extent. “There would be no misunderstanding who was on the stage at any one time as the three bands have very different presentations of the genre. My wines are very much like that, where the vintage and Napa Valley connect them as a whole, but the style and the vineyard separate them,” he said.

One thing that connects Carpenter’s wines is the high level of quality he holds them to: Carpenter is one of few winemakers in the world who have received five perfect 100-point scores from renowned wine critic Robert M. Parker, Jr. of The Wine Advocate. Carpenter and his team use a variety of hands-on processes in the growing, harvesting and fermenting of grapes. “We are given the task of making wines at the luxury level of quality,” he explained. “At this level, every attention to detail is required to achieve a wine that deserves a place at the zenith of the craft. You cannot do this without knowing the vineyard, the grape, the yeast and how all of our technology and knowledge affect it without having the intimacy that a hands on approach affords you.”

Some of their techniques include hand-leafing canopies to modify sun exposure in each row of grapes, extensive hand-sorting and wooden basket pressing to allow for tannin management.

“Each vineyard has a flavor unique to it based on its geography, geology, aspect and farming,” Carpenter noted. He makes wine as an expression of the place it was created, and to that end he uses native yeast fermentation. “Each vineyard also has its own set of yeast unique to that environment. If I am truly making a wine of a place, then the yeast play as important a role as the grapes in defining that.” 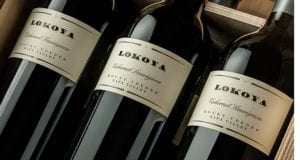 Open-top fermentation allows for the evolution of excess alcohol out of the wine without any mechanical manipulation, and many of Carpenter’s wines are unfined and unfiltered to retain the tactile experience of the wine. “Wine isn’t just about flavor, it’s also about feel. That sense of weight, or texture is something that wine has that many other beverages don’t have. I don’t want to risk losing that,” he explained.

Carpenter used another musical analogy to express the reason for the great care taken at every level of grape growing and winemaking. “When a concert violinist gets the opportunity to play a Stradivarius, they spend hours with it before they ever go on stage. They learn its nuance, its eccentricities, its history and how it interacts with the player’s style of playing. For us, each vineyard and fermentation is a Stradivarius that we need to learn with that type of intimacy.”

Carpenter takes joy in producing mountain wines. “The mountains have an intensity of flavor, a backbone of tannin, a defining acidity and an ageability that I think sets them apart,” he described. “It also doesn’t hurt that most of the vineyards are remote and away from the hustle and bustle of Route 29 and for me, are a place of Zen in an otherwise frenetic world.”

The unique terroir of each vineyard contributes to the exceptional quality of the wines. Napa Valley was named an American Viticultural Area (AVA) in 1981, and a variety of sub-appellations have been named since then. Carpenter attributes the differences between soil and climatic conditions and common varieties in the vineyards to the differences between each sub-appellation. “The sub-appellations in Napa truly have unique characteristics that differentiate the wines in the bottle. My job is to maintain those separate geographic identities so when you taste our wines you can pinpoint where in Napa Valley they are grown.” 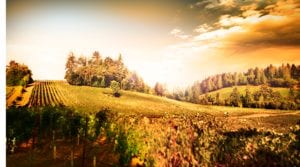 Today there are 16 unique sub-appellations in Napa Valley, and the grapes for Carpenter’s wines are grown in the four predominate mountain AVA’s: Mount Veeder, Howell Mountain, Spring Mountain District and Diamond Mountain District. His focus is on Cabernet Sauvignon from each of these distinctive appellations, but he also works with small amounts of mountain Merlot, Cabernet Franc and Malbec.

Each vineyard has a special history, but La Jota has a more storied history than most. “The isolated, bucolic setting of La Jota’s vineyards and winery seems timeless, not a lot different than in the late 1800s,” Carpenter explained. “The people who have passed through here tell its history: the mountain was settled ages ago by the Wappo tribe; a Mexican general granted the land to a pioneer settler from North Carolina; a Swiss immigrant founded La Jota, an Italian mason likely designed the stone winery built by Chinese laborers, and the land was planted with French grape varieties. That is the story of America.”

Founded in 1898 by early pioneer, Frederick Hess, the winery now produces a Cabernet Sauvignon, Cabernet Franc, and Merlot from its estate vineyards in the original stone winery building. Carpenter, a self-proclaimed ‘history geek,’ couldn’t be happier to be a part of the winery’s history and perpetuating the story of the area. “With La Jota and its rich California history, from the time of the Bear Flag Revolt to the Paris Exposition of 1900, there is a history that not many wineries in North America can boast of. For a history geek like myself, you couldn’t ask for more,” he said.

Carpenter first became impassioned about Napa Valley wines during a trip in 1993. He had been a biology major at the University of Illinois, Champaign-Urbana and played football during his time there. After that, he received his MBA while selling medical products and bartending. During the visit, Carpenter and his friends reached Pepi winery towards the end of the day while the tasting room attendant was starting to close down. “She was not very happy initially, but after a few minutes she realized we were pretty harmless and we really cared about what she had to say,” he recalled.

The group ended up buying a few bottles and talking with her about her life in Napa and why she had moved there. “I don’t recall where she had moved from, but I do recall why: the attraction of the lifestyle, surrounding herself with the passion of the winemakers and the obvious natural and agricultural beauty of the Napa Valley. It was one of the many conversations that got me thinking about the possibility of making a move.” 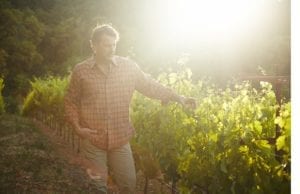 At the time, Carpenter didn’t consider himself a student of fine wine. “I wasn’t what you would call a connoisseur by today’s definition. I knew the style of wine I liked, I had a number of very close friends in the restaurant industry that I explored the food scene in Chicago with and wine was becoming an important aspect of that exploration. We didn’t collect at that time: we drank what we bought, but we did it with an eye to how it would enhance our dining experience and our social experience.”

After that visit, Carpenter earned his master’s degrees in viticulture and enology from UC Davis. He also studied at Tenute Antinori, Santa Cristina Estate. “Back in 1997 the estate was called Santa Cristina, today it is known as Tignanello after the extraordinary Super Tuscan blend,” he remembered. Carpenter spent a month in an Italian immersion program in Perugia before going to Tuscany for four months.

“I was tasked to not only work in the cellar assisting with the daily operations, but I was also given a research project which took up about 30% of my day. That project was comparing 12 different clones of Sangiovese and 8 varieties of grape not typically grown in that part of Italy. The experience there shaped my life to come in so many ways it is hard to point out any one,” Carpenter said. His background in biology blended beautifully with the science of winemaking, and also allowed his passion for creativity to shine through. Carpenter says now that the lessons he learned during that study have stretched far beyond lessons in the vineyard.

“I think the most important thing it taught me was how wine, food and culture are all intertwined. Wine’s significance to humanity is deep and we as winemakers help carry that tradition forward, and that beyond that really immense responsibility there is the simple pleasure of wine that breaks down barriers and creates memory. The Italians live and breathe that sensibility.”

Today, Carpenter works to instill that sensibility in America. He and his wife founded the Napa Chapter of Slow Food, a movement he learned to appreciate while staying in Italy. The local stores’ hours weren’t convenient, and buses were unreliable. Making a purchase was “a process, not an appointment,” he recalled. He realized early on during his stay that he would have to adapt.

“I learned to slow down and to let things roll off my back a little more often as I knew I couldn’t control everything, which we as Americans tend to want to do,” he said. His limited budget also contributed to his appreciation of seasonal food. “I had wonderful neighbors who allowed us to glean from their gardens, and I learned to eat seasonally long before it was hip,” he remembered. The slower pace lessened the stress that Carpenter had experienced stateside. Once he returned to the States, Slow Food was a way for him to connect with the cultural, pleasurable and familiar aspects of food. Since then, he’s spent time as the chair for Slow Food USA on the national level. “Our organization was at the forefront of the eat local movement, the GMO debate, heritage, healthy foods and gardens in schools, and creating an awareness of the food system and how it affects not only the environment but the economy and the health of our species,” he explained.

“My goal for the vineyard is to give the plants every chance we can give them to produce the raw product at the highest level: a raw product that speaks to the land and the climate that they are growing in. With this in mind, my goals for the wine carry this forward as my job is to preserve and share those terroir-driven characters to those people enjoying the wine,” he explained. One personal goal of Carpenter’s is to see Americans understand Merlot better, after getting the short shrift in the movie Sideways. “If you think about it, the more sought-after wines in the world are Merlot based,” he explained. “We have those same kind of growing areas in Napa and thus the same potential for wines of that caliber.”