FROM THE FLIGHT DECK 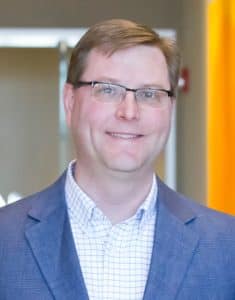 From the Flight Deck features insights from the core of our aviation family – our pilots! This issue, learn more about takeoff visibility with Mike Kopp, Jet Linx Director of Operations and longtime pilot.

Visibility is a critical component to a pilot’s decision to take off or not. The decision is based on the aircraft equipment and takeoff aids available at a particular airport and on a specific runway. It is also predicated on the aircraft’s ability to maintain a safe flight path after takeoff without being able to see and avoid obstacles.

Standard takeoff visibility is defined as one statute mile for aircraft with two engines or less and one-half mile for aircraft with more than two engines. Special authorization and training allow takeoffs to be made with lower visibilities when the operator is approved for “lower than standard” takeoffs. This special authorization is applicable only to airports/runways with special lighting and visibility measuring equipment (transmissometers). The crew must also be specifically trained, and the aircraft appropriately equipped.

With an appropriately qualified crew and aircraft, the airport equipment becomes the deciding factor on whether a departure can be made. Airports with only prevailing visibility reports and basic runway lighting have takeoff visibilities limited to 1/4 mile. Runways with at least two transmissometers are required for takeoffs with visibility lower than 1/4 mile and the minimums are described in Runway Visual Range (RVR) and measured in feet. For takeoffs with visibilities as low as 1,000 feet, the runway must be equipped with High Intensity Runway Lighting (HIRL) and serviceable Center Line Markings (CL). For visibilities less than 1,000 feet to as low as 500, the runway must have all RVR reports above the minimum and be equipped with Centerline Lights and High Intensity Runway Lights.

Whenever an aircraft plans to depart from a runway where the visibility is less than the required visibility to return to that runway, a takeoff alternate airport must be designated for that departure, and must be within one-hour flight time from the departure airport. The designated takeoff alternate must meet forecast weather requirements for a period of one hour before to one hour after the estimated time of arrival that would ensure the aircraft could make an approach and land safely.

← Four Reasons to Use a Flight Attendant for Your Next Heavy Jet Trip Racing Indy: History →
Join Jetlinx