Focused on Ft. Worth

With three aircraft based at Meacham International Airport and a continually growing base of local Jet Card clients, the team from Jet Linx Dallas has actively served the Fort Worth area since 2009. In mid-2015, the growth in Fort Worth Jet Card clients and the size of the local Fort Worth fleet spurred the Jet Linx team to officially plan for a build out of a private terminal to best support continued growth in the Fort Worth Area. Construction on the facility began in January 2016, and hiring for the local team continued throughout the year. Scott Newell, a longtime member of the Jet Linx Dallas Base, officially moved over to  Fort Worth as its new General Manager, and helped lead the charge in filling important foundational roles in Client Services, Maintenance and Sales. As building signs went up in November, the finishing touches were in place and Fort Worth officially took off.

“With the number of aircraft we have based in Fort Worth and our growing number of local clients, it made sense to pull the trigger on construction this year,” said Brent Carreker, Base Partner and President for both Jet Linx Dallas and Jet Linx Fort Worth. “Scott Newell, who is from Fort Worth and has years of experience with Jet Linx Dallas, was a natural choice to transition over to the new Base and to head up our great, growing Fort Worth team.” The new terminal, awash with bright neutrals and clean, modern touches, offers a visually refreshing space backed by state-of-the-art touches. “I can control the tint of our office windows from an app on my phone, and we have motion-activated lights that turn off when there is no one in the space,” said Newell. “Our clients are impressed and excited to be a part of the evolution of our Base – the feedback we have received is tremendous.”

Newell enjoyed being hands on in the build out as the facility went from bare walls and floors to a luxurious finished product. “It’s been great to have seen our facility go from an idea, to a concept, to a design, to its completion,” he noted. “I saw the completion of the Dallas facility in 2009, but was more on the sidelines with that project at that time. To have the opportunity as General Manager of the Fort Worth facility to help steer this project has been indescribable. I’m glad to be able to play such a role in the success of this Base.”

The Dallas Base will continue to be involved in the growth of Fort Worth, helping the local team plan and oversee operations. Stephanie Anderson, Vice President of Sales and Operations for Jet Linx Dallas, noted, “Brent [Carreker] and I will continue to be involved from a management perspective, but have built a great team that is on the ground in Fort Worth to continue providing top-notch, local service to our current members and grow the Base overall.” 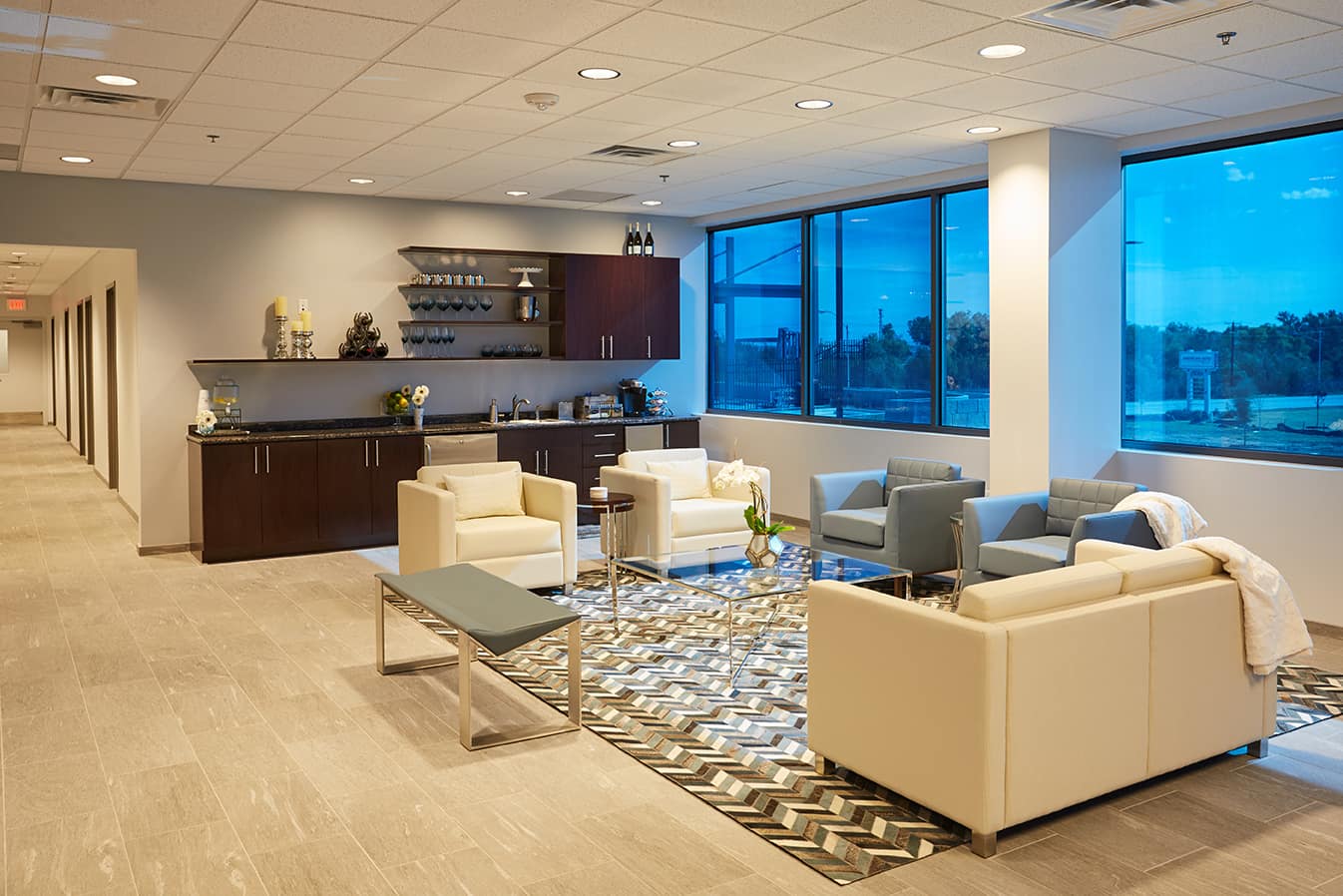 Faces of Fort Worth

Jet Linx Fort Worth boasts more than just an incredible new facility for members and their guests – the local team has grown to include dedicated client services, maintenance and sales professionals to serve the Fort Worth community. Meet your Fort Worth family!

Scott Newell, a member of the Jet Linx family since 2009, is no stranger to the special touches that make Jet Linx unlike any other private aviation company in the industry. He takes pride in the care and attention to detail that were inherent in the construction of the new facility. “No doubt, the build out required patience,” he laughed. “The last 20% of the process required a lot of oversight and attention. Suddenly furniture arrived, and the canopies, and the building signs, and those final interior touches… and as these items were coming together, we were simultaneously working to build a great local team.” As the build out wrapped up, Newell was able to take a moment to reflect on the opportunity to be a part of bringing a private terminal to Fort Worth. “I think anytime you get to be a part of something great from the beginning it adds to your personal ownership in its success,” he commented. And he sees that pride of ownership in the rest of the local team as well. “I think it shows in all of us.”

Penni Hall, previously a member of Jet Linx Dallas, feels great pride in the spirit of the clients she now serves in Fort Worth. “We had a member take a veteran to Cabo to check it off his ‘bucket list.’ The veteran had always wanted to just ‘put his toes in the sand’ and our member and his wife went above and beyond to make the dream come true,” she said. “This was my first face-to-face with our local members. It was very special and I’ve been in love with Fort Worth and the people here ever since.”

With nearly ten years of experience as a Maintenance Mechanic in the aviation industry, Gilberto Rivera hit the ground running at Jet Linx Fort Worth when he joined the team in 2016. He immediately took to the Jet Linx service oriented model, noting that “the friendly environment with awesome group of people to work with” makes every day on the job worthwhile. As for the new terminal, he points to the expansive lobby as a favorite feature.