Home » Team Spotlight » Why I Fly – Chris Hamilton, Jet Linx Atlanta
It’s often said, “Ask any pilot how they started flying, and you will hear a love story.” Jet Linx Pilot John Fowler and find out how he discovered his passion for flight 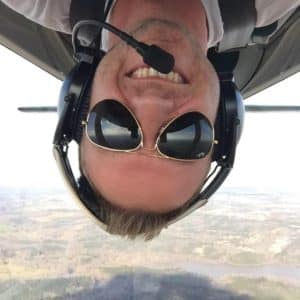 I am a third generation pilot. My father and his father both flew F-4 Phantoms in the Air Force. My grandfather flew in Vietnam and retired a full Colonel. My dad is currently a 767 Captain at Delta.

When I was a kid, I’d spend my weekends and summers building a kit plane with my dad. Our kit plane was a Vans RV-8. It took over seven years to build. It’s actually serial #1 of the RV-8 line, so it’s the first kit sold (although nowhere near the first kit flying)! We also won a few awards at air shows when it was new (including Outstanding Workmanship at Oshkosh 2004).

I wanted to be a fighter pilot for as long as I can remember. When I was 22, I decided to get my license, and following my ATP ratings. From there, I served as a Flight Instructor in California and Georgia before flying air ambulance, charter and now for Jet Linx. Flying is my passion, it’s in my blood and I can’t imagine doing anything else.