An interview with the founder of New York Fashion Week.

Behind every runway show in New York City, there was a fashion doyenne calling the shots. Fern Mallis is an accomplished speaker and sought-after consultant who is widely quoted in fashion press and broadcast media. From 1991 to 2001, Mallis served as Executive Director of the Council of Fashion Designers of America. She went on to become the Senior Vice President at IMG Fashion, which was the organization responsible for running New York Fashion Week. Known as the Godmother of Fashion and the creator of New York Fashion Week, Mallis remains an integral part of the fashion world.

In the early 1990s, fashion shows in New York City were held in warehouses, small apartments, and rundown buildings. News of events spread by word of mouth and runway shows were executed with a do-it-yourself aesthetic. If you wanted to attend a show, it required a frantic dash around the city to an unmarked location. Electricity would often cut out on the runway and fashion editors would get stuck inside of broken elevators. The fashion scene was vibrant and featured world-class talent, but it was chaotic and lacked leadership. Compared to London, Milan, and Paris, with their well-organized and established fashion weeks, New York City was lacking a signature event.

Mallis, a native New Yorker raised in the Garment District, knew that something needed to change. Her tipping point came at a Michael Kors runway show in 1991. “At the show when they turned the music on and the bass played, the ceiling began to crumble, and plaster fell on the runway. It fell on the shoulders of the supermodels – Naomi, Cindy, Linda, Claudia,” recalled Mallis. “They brushed it off, but the chunks also fell on the laps and bags of the fashion editors sitting in the front row. Carey Donavon and Suzy Menkes from The New York Times wrote, ‘We live for fashion, but we don’t want to die for it.’”

“For me, that was the shot heard from Sarajevo,” Mallis explained. “I knew that my new job at the Council of Fashion Designers of America (CFDA) had changed. I wanted to find places to do shows safely. I needed to organize, centralize and modernize fashion shows in New York.”

Mallis was in a perfect position to shake things up, as her father had worked in the industry for decades. From a young age, Mallis understood that fashion wasn’t just an art form, it was also big business. Her family’s involvement in the business of fashion allowed her the different lens with which she viewed the industry as a whole.

Few people in the world have a fashion pedigree comparable to Mallis. “My dad was a salesman in the women’s accessory business, and he took me to lunches with fashion directors of the department stores. He brought home copies of Women’s Wear Daily, and I read trade papers in high school,” Mallis explained. Her father’s brothers were in the industry. Over dinner, she would hear them discuss openings and closings or why things were working or weren’t working. “I learned about a little bit of everything by osmosis,” she said.

As a young woman, Mallis already had a great understanding of the fashion industry, and because of her father’s career, she was well-connected. She went on to study Fine Arts at the University of Buffalo. She received a job offer from Mademoiselle magazine after winning the College Board Competition as a guest editor. After a series of jobs at magazines and department stores, Mallis had networked her way up and down 7th Avenue, the epicenter of fashion.

“There was a market week in New York when I joined the CFDA. When market week came and it was time to buy, designers did shows in rooms or clubs, but there was no sense of organization. That’s where I came in and changed some things,” Mallis pointed out. “I’ve always been involved in the creative side of the business but I also understand the practicality behind the business.”

“I spent weeks on the phone dialing for dollars, asking for corporate sponsors from Vogue, Bazaar and the New York Times. I was explaining to everyone why we were doing this and why they needed to be part of it,” Mallis recounted.

After gaining sponsors and convincing models and designers to commit to a centralized event, Fashion Week began to take shape. Mallis’ goal of consolidating and corralling the creative talent of New York into one square block was nearly complete – she just needed a location. 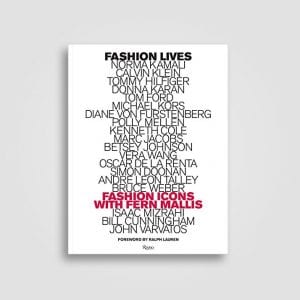 “I began to look at every empty parking lot and empty building in the city. I looked at piers, I looked everywhere. Finally, we were able to negotiate with Bryant Park,” explained Mallis.

Finally, in the fall of 1993, two white tents were erected in Bryant Park, and New York Fashion Week was born. Over the years, the event underwent dramatic changes, both in location and in scale, but Mallis still recalls the initial Fashion Week. “Watching the tents go up and seeing the rigging and hearing the first soundcheck gave me goosebumps. Everyone had tears in their eyes knowing that our hard work was about to pay off.” The humble beginning in Bryant Park would not last.

By the mid-to-late 1990s, the tents at Bryant Park attracted swelling crowds that included celebrities and A-list fashion designers from across the globe. Sponsors like Mercedes-Benz allowed the event to grow in scale, and by September 2010, Bryant Park was no longer capable of accommodating the event. After year-over-year expansion, the home of New York Fashion Week was moved uptown to Lincoln Center.

Even after she stopped planning and managing New York Fashion Week in 2010, Mallis received universal praise for her efforts. “The Bryant Park shows forever changed the fashion industry,” designer Tommy Hilfiger told TIME magazine in 2010. “They united designers in an unparalleled situation.”

Reflecting on the genesis of New York Fashion Week, Mallis remains steadfast in the keys to success. “It takes vision, manpower, attention to detail,” Mallis emphasized. “But you have to remember the reason why you’re doing it, and that’s because you’re giving the creative people an opportunity to shine. You have to get the right people to attend and buy the clothing, because it’s a business.”

Mallis has attended every New York Fashion Week since its inception, and has witnessed a lot of memorable shows. “Trying to keep the tents anchored in Bryant Park during Hurricane Floyd (1999) was memorable. There were leaks everywhere. It was horrifying and fascinating to be in the middle of that storm during a fashion show.”

Mallis also recalled the 2001 New York Fashion Week when every show was canceled due to the events of 9/11. “Needless to say, it was memorable and sad, and to watch it happen under the guise of fashion week was crazy. Journalists from hundreds of countries in New York took off their stilettos and went to ground zero to do their reporting,” Mallis recalled. 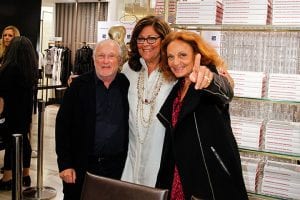 Over time, New York Fashion Week earned a spot in the “Big 4” alongside acclaimed fashion weeks in Paris, London, and Milan. While supermodels and designers often steal the spotlight – there would have been no NYFW without Mallis. Behind the curtains, she was the one to pull the strings and propel the event to international acclaim.

“Because we did such a great job in New York, the formula took off after we had garnered sponsorship. We created a model that people wanted to emulate,” Mallis explained. Her success in New York has since led her across the globe to create fashion weeks in Mumbai, Moscow, Sydney, Berlin and beyond.

Mallis also has fond memories of other fashion weeks around the globe. “Mercedes Benz Fashion Week in Berlin was special. The runway literally ran through Brandenberg Gate. Models would come from behind those massive columns and that was pretty monumental.”

A swimwear show in Miami also capitalized on its location. “The runway was the sand, and the models walked barefoot, which was appropriate for a swimwear show. The shows were held in the evenings so you could look out and see the moon and the stars through the clear tents. We  also used pools as walkways,  and I liked that because we stretched the boundaries of  what was possible.”

Mallis is the recipient of many industry awards and accolades, including honors from the Pratt Institute with their 2012 Fashion Industry Lifetime Achievement Award. In May 2013, she was presented with the rarely bestowed Fashion Institute of Technology President’s Lifetime Achievement Award, delivering the keynote commencement address. In April 2015, Mallis released her book Fashion Lives: Fashion Icons with Fern Mallis, published by Rizzoli USA. The compendium of 19 of her 92Y interviews, includes an array of intimate never-before-seen images detailing family histories and behind-the-scenes lives of the interviewees.

Mallis is currently the President of her own international fashion and design consultancy, Fern Mallis LLC. She still hosts the series Fashion Icons w/ Fern Mallis, which has featured interviews with Calvin Klein, Vera Wang and Michael Kors.