Today is the Tomorrow I Almost Lost

Survivors of traumatic experiences often report feeling guilty for living, especially when many others may not have. These feelings are common among combat veterans, victims of terrorism, survivors of natural disasters and other catastrophes. Survivors guilt can even manifest in non-mortal situations, such as massive job layoffs.

Those affected by survivor’s syndrome, or survivor’s remorse, often feel not only a sense of guilt for being alive, but also guilt about things they may have failed to do, and often for the actions that they had to take in the process of surviving. Consider the decisions that military corpsman must make in the heat of a conflict, like choosing which injuries to treat, thereby allowing some to live while others might die. The consequences of decisions like these can be near-impossible to reconcile. For those afflicted with survivor’s remorse, to look back and analyze these life-or-death situations can be agonizing, as it brings the trauma back and forces one to relive the experience over and over again. 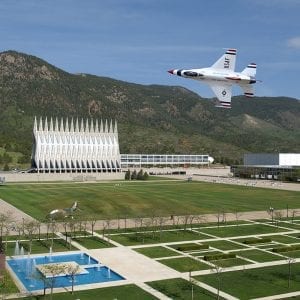 Retired Colonel Chris Stricklin’s book, Survivor’s Obligation: Navigating an Intentional Life, takes an entirely different approach to reconciling survivor’s remorse. In his new book, Stricklin proposes that survivors honor the difficult choices they had to make and appreciate the opportunity to continue living. A survivor himself, Stricklin feels an obligation to tell his story in honor of those that are no longer able to, and to teach others how to heal and live more fully on a daily basis.

Stricklin’s story began after he survived a near-fatal crash in 2003 during his time with the U.S. Air Force Thunderbirds, the famed air demonstration squad of the 57th Wing. At the beginning of an air show at Mountain Home Air Force Base in Idaho, Stricklin was forced to perform an emergency ejection in his F-16C while performing a “Split S” maneuver (which he had performed successfully more than 200 different times before). Remarkably, he managed to steer the aircraft away from the crowd and safely eject only 140 feet off the ground with less than a second before impact. He walked away with only minor physical injuries, but the $20 million plane was destroyed, and his life was forever changed.

While the crash ended his career with the Air Force Thunderbirds, Stricklin went on to have a remarkably successful military career, earning more than a dozen medals and six promotions. Now retired from the military, he currently serves as president of Dunn University, leading recruitment and training for Dunn Investment Company. On top of his position as president, he is currently promoting Survivor’s Obligation with the goal to help others overcome the trauma wrought on by survivor’s remorse.

Prior to writing this new book, Stricklin rarely ever spoke about the ejection, even with close friends and family. He wasn’t embarrassed – he simply wanted to avoid reliving the trauma. “Everything about that crash pointed to it being a fatality,” Stricklin explained. “I should not have walked away from it. But I did. And after that, I just never spoke about it. I didn’t talk about ituntil about six months before I retired from the military. I wasn’t ready up until that point.” 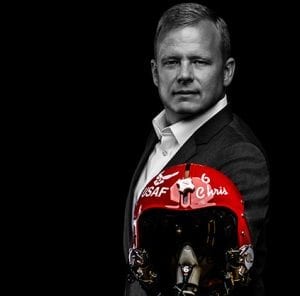 To consider what could have happened – thinking on how it could have affected his wife and family – was simply too much. “It took me a year and half to write about the ejection and it was the most emotional thing that I’ve ever done. It forced me to write about some aspects of the ejection that I didn’t want to talk about,” Stricklin confessed. Not only was Stricklin deeply affected by the accident, his family was also shaken. “My wife was informed of the crash shortly after it occurred, but she was not told about my condition at the time. In reality I was fine, but she was briefly under the impression that I hadn’t survived.”

The initial inspiration to write Survivor’s Obligation came after Stricklin was asked by a friend to speak about his experience in front of an audience. Through the process of writing his speech, with the help and support of his wife, Stricklin realized he wanted to write a book. “Building that presentation was the most emotional thing I have ever done. We had to watch the videos of my ejection, which we’d never done, and talk about how it made us feel. In the process of reliving the event, I was actually diagnosed with PTSD,” Stricklin revealed.

To explore such a traumatic event, to analyze it and write about it, takes courage and patience. “The book is not about why I crashed. It’s about why I survived and how that has impacted my life. I have constantly asked not how I survived, but why,” Stricklin noted. Within the book there is an entire chapter dedicated to asking why. “I think why is the most powerful word, and it’s the one that gives me the most trouble. With trauma, whether it’s a car crash or a plane wreck, people usually ask why it happened to them, and why they survived. I’ve seen people with trauma deal with these questions in different ways, so I had to address that in the book.”

Survivor’s Obligation focuses not only on Stricklin, but also on his close friend and business partner Joel Neeb and his battle with a rare form of cancer that left him with a 15% chance of survival over a five-year period. While Stricklin’s near-death experience occurred in a matter of seconds, Neeb’s battle was prolonged, providing a contrasting account. “We both had the same question: ‘why did we get a tomorrow when nobody else did’? We talked about it for a year and decided to coauthor a book about it.”

Through weekly conversations, Neeb and Stricklin found that they felt the same way about surviving. “My ejection was instantaneous, but his cancer was drawn out over months. He dealt with his near-death as it was happening, but I didn’t deal with mine until years later.” Stricklin said that he and Neeb spoke on the phone every Sunday morning, and the conversations ranged from excited and heartfelt to times where they debated whether they even wanted to write the book at all. At one point, they quit speaking for an entire month. Survivor’s Obligation was born from the conviction that instead of feeling remorse for living through their traumatic experiences, Stricklin and Neeb both feel obligated to make their survival meaningful to others, and the book contains the lessons that each learned through their experiences.

Stricklin spoke to a small group at the Jet Linx Tulsa Base as part of a Young President’s Organization (YPO) keynote address on March 26, 2019. At the event, he explored the now-famous and highly documented 2003 ejection. “I had about five people in tears at that talk. I touched briefly on the trauma of the event, and then I led listeners down my own path that got me to where I am today. It’s about how I developed my mentality and how I now understand my obligation to live every day to its fullest.”

Survivor’s Obligation: A Message from the Authors

People who survive near-death encounters sometimes have feelings of remorse—survivor’s guilt—for living through an experience when others did not. Neither of us experience that guilt. Instead, we both feel compelled to work through the pain of re-living our experiences, to learn from them, and to live differently because of those experiences. Rather than remorse, we feel a survivor’s obligation, a responsibility to live our lives in a new way—for ourselves, our families, and on behalf of those who did not get a second chance.

On Joel’s seventh anniversary of being cancer free, Chris sent him this message: “There is an appreciation for each day, shared by people who almost lost tomorrow!”

While we have this in common, our near-death experiences revealed different truths to each of us.

After the crash, Chris chose to cling more closely to his family—a family he had neglected in favor of an identity defined by an airplane. He now leans into those relationships and watches them grow as his family grows. After his illness, Joel became determined to seek challenges and adventure alongside his wife and sons. For both of us, a survivor’s obligation means making daily decisions based on our deeply-held values.

LOOK FOR THE FULL BOOK FROM ELVA RESA PUBLISHING IN OCTOBER 2019.