Around the World: International Travel

Have a taste for travel beyond our borders?
Hopping a jet and flying around the world is as easy as that – when you fly on a private jet with Jet Linx.

Missy Kemp, Client Services & Training Manager and Meric Reese, Flight Coordination Supervisor, outline some of the steps Jet Linx takes behind the scenes to make sure your trip is as smooth as the wine you’ll be sipping in Bordeaux.

“From a scheduling perspective, we require 7 days’ notice when booking an international trip,” Kemp (pictured at right) explained. “It’s just more rigid in making the arrangements. By the time we’re 72 hours out from your trip, we’re already making arrangements for airports, customs, you name it.”

Reese provided good reason for the requirement. “A lot of times, the United States side of an international trip is not terribly difficult,” he said. “What people tend to forget is the fact that other countries don’t necessarily work on the same system that we do.” Not every country is on the same Monday to Friday, eight to five schedule as the United States – and some might not even adhere to a schedule. “Especially when you start talking about the islands and the Bahamas, where you hear people jokingly talk about ‘island time’– it really is true,” Reese said. “The person we need to work with on their end might be there all day, or he might be there for a couple of hours, or he might not show up at all that day because it’s just how it works.”

The advance notice Jet Linx requires is to make sure that all arrangements can be made in advance of a trip, even when working with a destination that doesn’t share our schedule. Jet Linx’s solid history with international trips can help make that easy, too. “The nice thing about it is that we’ve been to a lot of places many, many times, so we have good solid contacts,” Reese said.

“When you land back in the United States, and go through US Customs, you don’t actually leave the plane,” Reese (pictured at left) explained. “The customs officer comes on the plane and you don’t get off until they’re done.” Jet Linx can also assist in providing information about unique travel situations that may not be allowed by commercial air travel. “Pets and firearms aren’t necessarily off the table for international travel,” Kemp said. “We can help supply the client with the information they need, but ultimately the certificates or forms for these items are like a passport: it’s something you have to procure for yourself. If you have that, we’ll take care of the rest.” Reese advised that the team will research current policies for each trip. “There are enough rules that knowing them off the top of your head is nearly impossible, so we look them up,” he said. “Sometimes there is a limit to the amount of cash you can carry across a border, or a limit for the quantity of alcohol you can carry. With pets, you may have to have different vaccination records.”

At times, a flight may be considered international from an operational standpoint, even though the destination is a territory of the United States. “When you talk about Puerto Rico and the US Virgin Islands, the trips are still treated as an international trip,” Kemp said. “You still need a passport, and you need to treat it as international travel anywhere outside of the 48 contiguous states.” Reese explained the reason for this with a common example: if you fly a trip to Aspen and encounter bad weather, you might have to divert to a different airport. The same thing could happen when flying to Puerto Rico, but your options for where to land are slim. “If you get there and don’t have your passport and have to divert to an island in the Bahamas, you’re not going to get too far. So I would not recommend going without a passport.”

Reese explained that flights abroad may seem like an in and out operation, but that each country has its requirements for each part of the trip: someone exiting the United States and flying to Mexico, for example, has to work with United States customs exiting the country, Mexican customs entering the country and then again exiting it, as well as United States customs again to re-enter America. “As a US operator, we have all of our appropriate permits and everything like that to fly out of the country from that standpoint, but a lot of other countries require charter permits for every member flight, or some sort of permit to be issued ahead of time. They may have different insurance requirements, which is fine because we carry all of that stuff,” he continued. The requirements vary widely from country to country, and can change quickly. 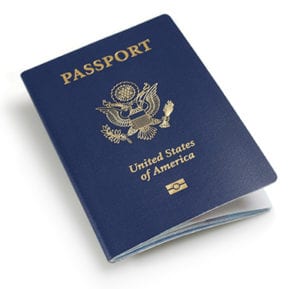 Each country determines its own fees, taxes and other charges for landing an aircraft within its borders, so the discrepancy in price from country to country can vary. “Mexico, for example, bases all fees on the wingspan of the airplane, where as other countries’ fees are based off off max gross takeoff weight,” said Reese. “Every country has different taxes and rules.” Kemp explained, “If you see something on your quote labeled ‘international handling,’ that is used to cover things like permits on the ground, customs in the other country, all the fees associated with doing business in that country, which varies based on aircraft size and location.” The fee is grounded in Jet Linx’s research and history with each country, so international handling fees will be different for different countries. “We don’t just make it up,” she smiled. “It’s assessed off of our history with that country and what we do with them.”

Jet Linx requires a scanned copy of each passenger’s passport when booking the trip. This has become a common requirement among airlines operating internationally, because of the necessity of the information being exactly correct on paperwork when entering a foreign country. “It’s not the passenger’s or operator’s responsibility, but the captain of the airplane is ultimately responsible for any incorrect paperwork,” Reese said. “A typo could lead to the captain being arrested or fined, so we try to alleviate the typing of a passport into an email and re-entering that into the system. This gives us a true way to double-check that the information is accurate.”

Point-to-point travel within a foreign country is possible, with certain exceptions. “We cannot do point-to-point legs in a different country if we’re adding or subtracting passengers or baggage,” Kemp said. “It’s known as cabotage, which is generally prohibited.”

Once in the destination country, Kemp advises sticking to current travel plans as much as possible. “You’re just not as flexible in international travel as you are in domestic,” she explained. Communication between clients, crew and Client Services can become difficult because of spotty connections or limited access to Wifi. Scheduling with customs can also be tricky, because coverage might not be available at an earlier or later time than originally scheduled. “We strongly advise against changing your trip after it starts,” Kemp said.

If you’re planning a trip and aren’t sure whether Jet Linx will be able to accommodate your requests, Reese has simple advice. “We can always take the request and see,” he said. “Give us a call!”