Jet Linx is proud to offer local service from our hallmark private terminals, as well as using our local teams and facilities to support the communities in which we operate. At the Jet Linx St. Louis Base, support of the community comes in the form of a clever repurposing of the facility walls – converting them into a showcase for art produced by local talent.

After the Base grand opening in 2014, the St. Louis Base returned original works that they had on loan. Instead of purchasing just anything to fill space in their terminal, the team decided to display locally-produced art. Since then, a host of thoughtfully considered works have been turning heads in St. Louis. Original works by artist Jennifer Hayes, a friend of St. Louis Base Maintenance Manager Tom Pompa, have regularly filled the walls.

Rich Ropp, Base President for Jet Linx St. Louis, notes the art from local artists, specifically Hayes, gets guests talking. “Her artwork always generates conversations as clients, prospects, vendors, and visitors peruse our facility,” he remarked. “Her vibrant colors brighten the space and her abstract themes cause one to pause and consider the art in front of them. Most recently, she replaced the art nearest the women’s and men’s restrooms with female and male abstract paintings. Our team thought that was a really creative approach.”

Artwork from Hayes has found a home in many other notable locations, such as three different floors at the Four Seasons Hotel in St. Louis, where it caught the eye of entrepreneur and hip hop artist, Diddy (formerly known as P. Diddy). Her art was also admired by famous Chef Hubert Keller, who has Hayes’ pieces displayed in his restaurants around the country, including Burger Bar in San Francisco, and Fleur, inside of Mandalay Bay in Las Vegas. Chef Keller even went as far as to fly Hayes out to his restaurants in order to create custom artwork, and the chef also displays her art in his homes.

The colorful, textured art that Hayes creates clearly strikes a cord with audiences, as a few visitors have even made purchases after viewing her work inside of the St. Louis terminal.

A genuine pursuit of art came about for Hayes one summer in between 7th and 8th grade when Hayes told her mother that she was “bored.” In response, her mother enrolled her in summer art classes. “I was learning how to draw the human form, and this made my approach to art a lot more serious. I took every class I could, and it was my major focus through high school and college,” Hayes said.

Art remained a major passion for Hayes after college, but never a fulltime profession until her husband suddenly passed away in 2007. “There is nothing like a deep and personal loss to make you examine your life, to clearly see what makes it remarkable and strive to make each day count,” she reflected. “Creating is something I have to do. I paint because I breathe, because I am alive.” After the passing of her husband, Hayes first turned to her artwork as a form of healing, but after immersing herself in the work, it led to a career.

Another turning point in Hayes’ career came when an instructor at St. Louis Community College-Meramac noticed the sculptural quality to Hayes’ artwork, and recommended that she use a palette knife. “That tool changed everything, as far as my approach to paint as a medium. To me, a paint brush just isn’t expressive enough,” she stated. “With a palette knife, it’s like an extension of the hand that allows for intimate detail work and textural changes.” The palette knife allows Hayes to add and subtract layers of paint from the canvas, giving her work more depth and movement.

Hayes is well known for abstraction and color, but her earlier figurative art featuring female forms helped her to gain notoriety. “I was completely obsessed with painting the female form and considered myself a figurative artist but slowly my paintings became more abstracted. The figure became less defined and the abstract background became the focus. Now I would say that I am known for my abstract paintings. They are such a pure expression of the joy of color and texture,” Hayes shared.

Her work is often described as lively, and this is especially true when she does ‘live’ paintings at private events. Hayes said, “The interaction of live art is so engaging and fun, people enjoy seeing the work in progress. It is fortunate that I find it easy to flow between painting and speaking with people and can remain in the zone in the midst of a crowd. There are times when an event has really increased my creativity because of the location or amazing music.” As a successful artist Hayes admits that she now spends more time maintaining her portfolio, but she is still grounded and guided by her desire to create work in the studio. 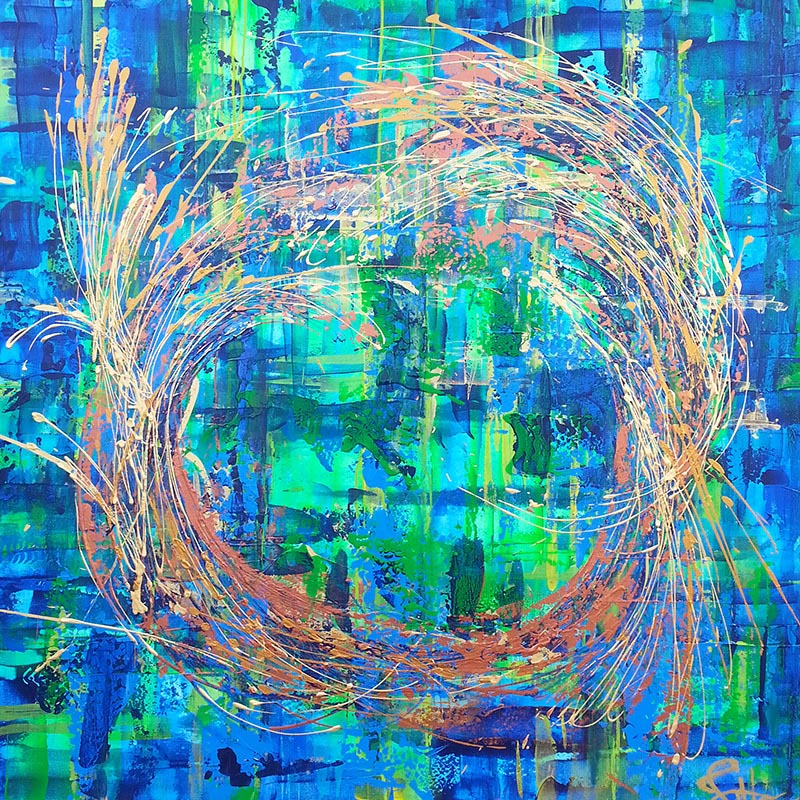 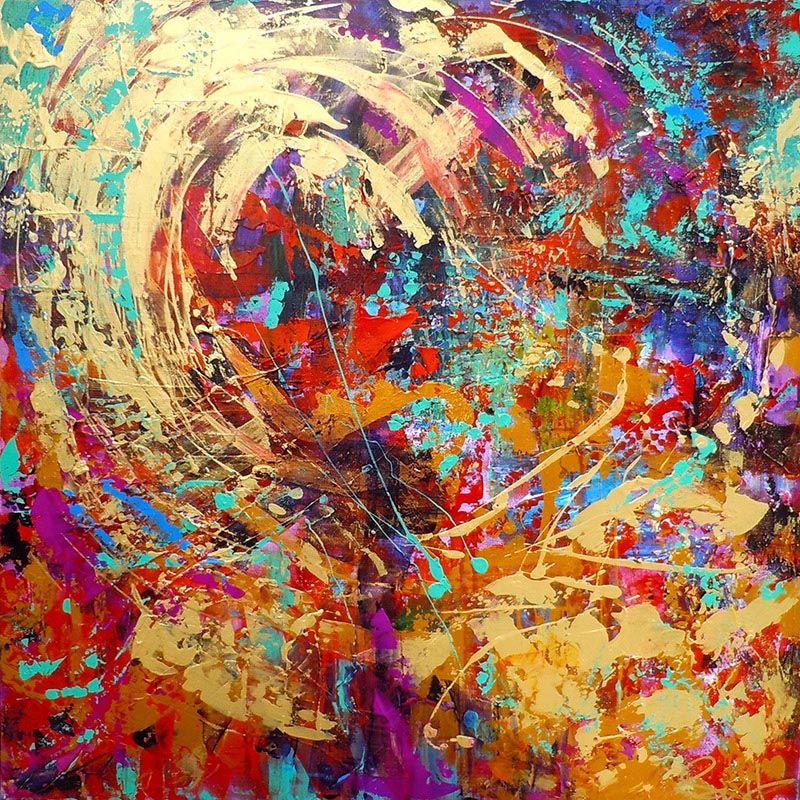 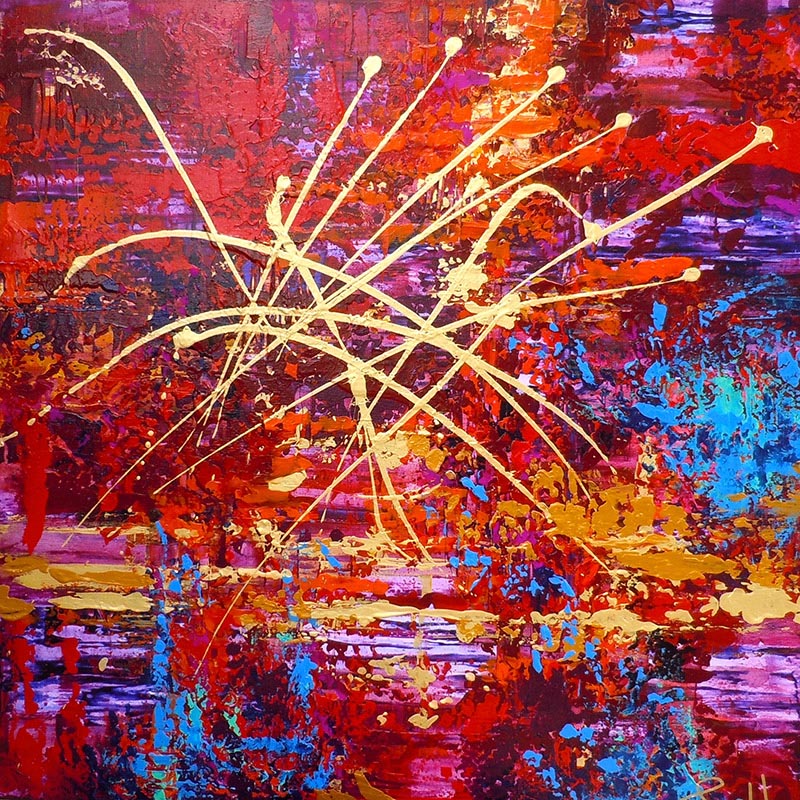